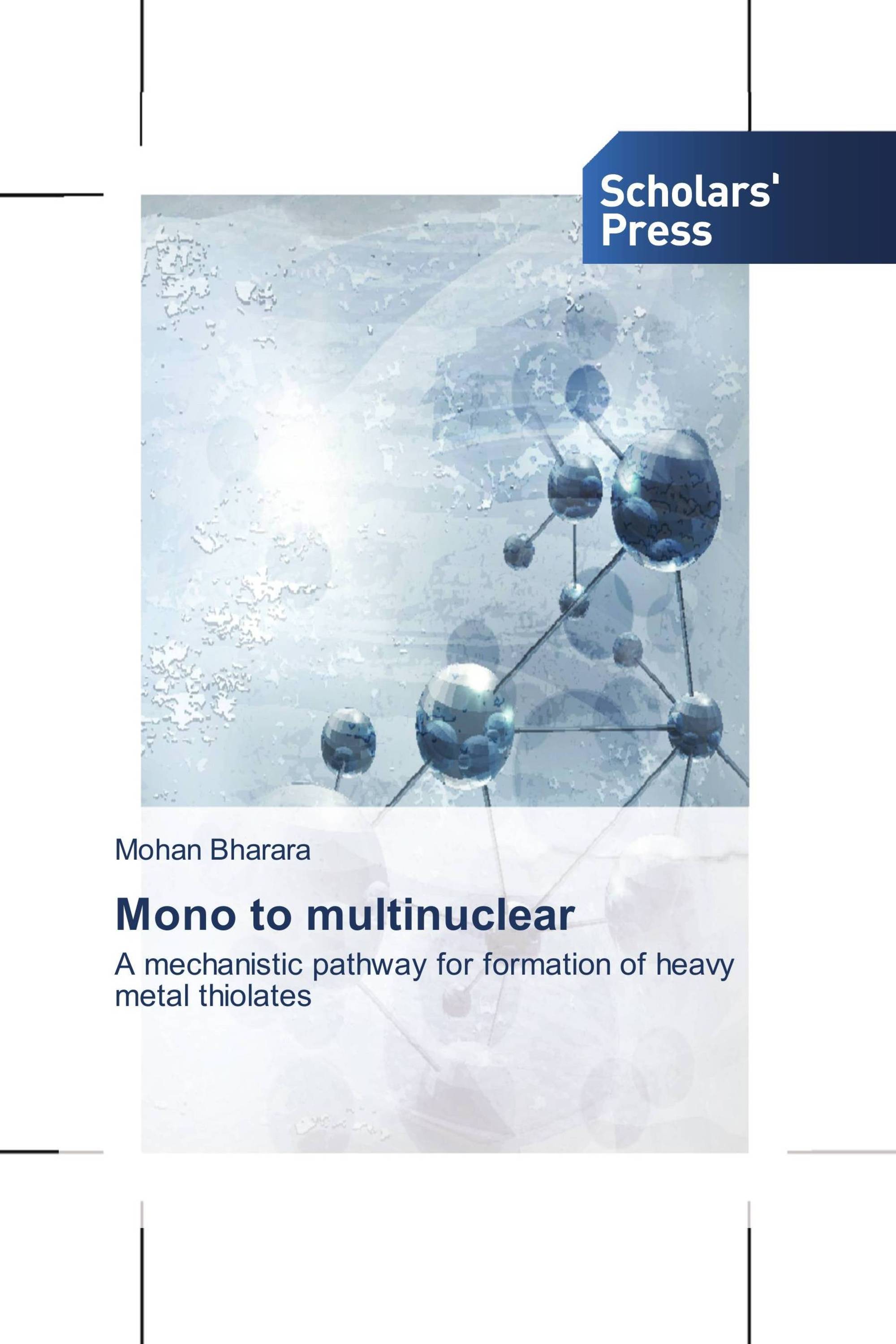 A mechanistic pathway for formation of heavy metal thiolates

This book presents synthesis of Cd(II)-, Pb(II)- and Hg(II)-aminothiolates in aqueous media. 2-Aminoethanethiolate, a versatile sulfur and nitrogen based ligand was used due to its resemblance to the naturally occurring amino acid, cysteine. The compounds reported are synthesized by direct addition of the metal salts and the ligand in deionized water. For Cd(II)-thiolates, few insoluble products due to the formation of oligomers and polymers were obtained. In Pb(II)-thiolates the structural chemistry is variable due to the extensive array of coordination environments Pb can acquire. This can be related to the stoichiometry of the reaction as well as the reaction conditions. The structural trends observed in Cd(II)- and Pb(II)-thiolates are not observed in the corresponding Hg(II)-thiolates. Rather, in Hg(II)-thiolates the halide influences the formation of molecular as well as non-molecular structures. Systematic pathways for the formation of the compounds based on a variety of commonly observed structural ’building blocks’ are presented.