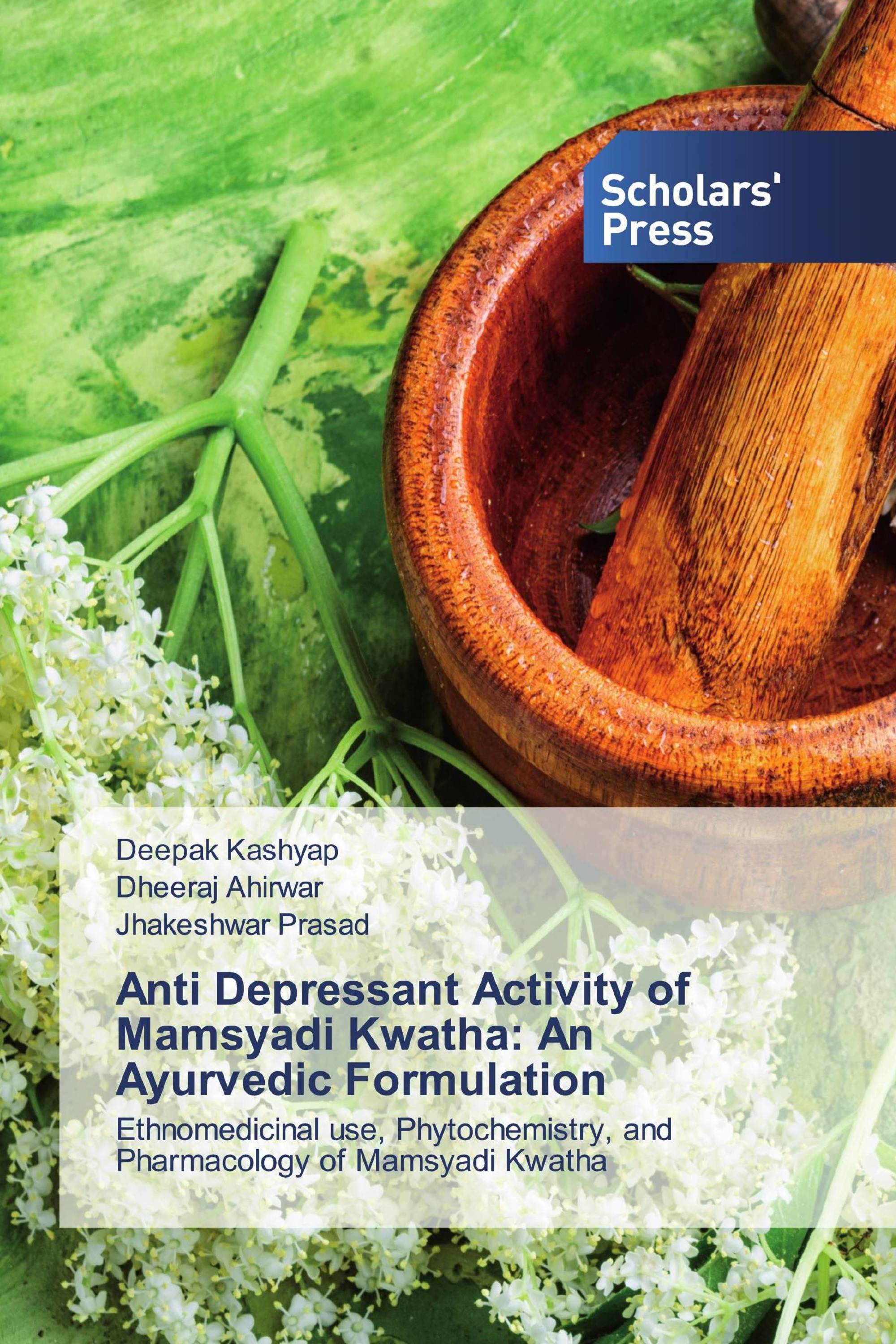 Ethnomedicinal use, Phytochemistry, and Pharmacology of Mamsyadi Kwatha

Depression is a psychiatric condition in which there is loss of interest in all pleasurable outlets, viz. food, sex, work, friends, hobbies and entertainment. The prevalence rate of the disease is 6-8% in women and 3-5% in men. Ayurveda is the science of life and art of possibility which provide systemic management principles for depression. Antidepressant are the drugs used for the treatment of major depressive disorders and other conditions, including dysthymia, anxiety disorder, obsessive compulsive disorder, eating disorder, chronic pain, neuropathic pain and some cases, dysmenrrhoea, snoring, migraine etc. Mamsyadi Kwatha is one such formulation in various ingredients which is said to be effective in psychiatric conditions. The ingredients of this formulation are Jatamansi (Nardostachys Jatamansi), Ashwagandh (Withania Somnifera) and Khurasani Ajwain (Hyoscyamus Niger) in an 8:4:1 ratio, respectively. The test drug was subjected for antidepressant activity in experimental models. The models selected for anti depressant activity were behavioral despair test, anti-reserpine test and Chronic Fatigue Syndrome (CFS) test in albino mice.